Arrest Made on Bomb Threat Called into Lutcher High School 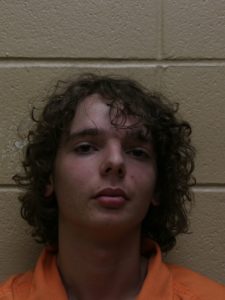 On Tuesday August 27, 2019 at approximately 12:08 pm, the St. James Parish Sheriff’s Office responded to a bomb threat at Lutcher High School (1910 West Main Street, Lutcher, LA). School officials reported to the responding deputies that a male caller stated there was a bomb in the school. The school was immediately evacuated, and the sheriff’s office conducted an extensive search of all buildings and classrooms. No explosive devices were located and at approximately 3:00 pm the “all clear” was given by the sheriff’s office. During the incident, students were evacuated to the Knights of Columbus Hall across the street from the high school. Because of the length of the search and serious nature of the incident, school officials dismissed all students and arranged for buses to pick up and transport students home. Detectives investigating the bomb threat have uncovered leads and evidence that has resulted in an arrest. A current student at Lutcher High School, Tyler Anthony Cantillo (White/Male, DOB 05/10/2002, Paulina, LA) has been arrested and charged with LA R.S. 14:40.1 Terrorizing (1 count) and LA R.S. 14:54.1 Communicating of False Information of a Planned Arson (1 count). The crime of terrorizing is punishable by up to 15 years imprisonment at hard labor and a maximum fine of $15,000. Communicating of False Information of a Planned Arson is punishable by up to 15 years imprisonment at hard labor. Bond was set by Judge Thomas Kliebert in the amount of $3,000.