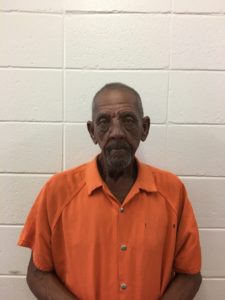 On September 13, 2018 at approximately 7:42am, the St. James Parish Sheriff’s Office received a call from Vacherie Elementary School regarding an elderly black male subject who was on campus with a shotgun. The individual, later identified as Huey P. Oubre (DOB 10/5/1944 from Vacherie, LA) was under the pavilion adjacent to the main school buildings. School officials approached Huey Oubre and advised he must leave the school grounds immediately. Sheriff’s deputies arrived on scene and learned that Huey Oubre had left the campus without incident. Sheriff’s detectives, working with school officials, were able to determine the identity of the individual. Upon verifying his identity, deputies went to Huey Oubre’s residence located in Vacherie, but failed to find him there. Huey Oubre was eventually found at a local business in Vacherie. After advising him of his Miranda rights, Huey Oubre stated to detectives his intent was to hunt birds located on and around the school property. The shotgun was recovered from his vehicle, and Huey Oubre was arrested and charged with LA R. S. 14:14:95.2 Carrying a firearm or dangerous weapon by a student or nonstudent on school property and LA R.S. 14:63 Criminal Trespass. Huey Oubre is currently being held at the St. James Parish Jail awaiting the setting of bond.