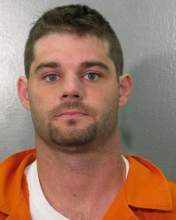 St. James Parish sheriff’s deputies arrested a second man Tuesday in the theft of 166 pounds of crawfish from a seafood restaurant earlier this month, the Sheriff’s Office reported.

Deputies arrested Charles Justin Beasley, 26, Gramercy, and booked him with criminal damage to property and theft of crawfish, deputies said in a news release Tuesday.

The crawfish were stolen April 13 when someone cut a padlock on an outside walk-in cooler that had been locked at Miko’s Seafood in Lutcher, deputies said.

The crawfish were valued at about $500, deputies have said.

Jared Anthony Chauvin, 24, of Lutcher, was arrested April 13 in the theft, deputies said. He has since been released on bail.