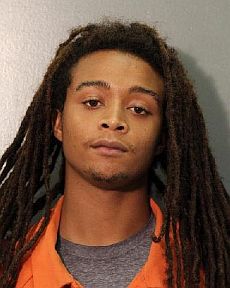 Detectives have made an arrest regarding the shooting that occurred on October 27th, 2016 in Vacherie, LA.  Kollon Tramayne Steib (DOB 10/24/1996, from Vacherie, LA) has been arrested and charged with one count of LA R. S. 14:31 Manslaughter.  Kollon Steib turned himself into detectives at the St. James Sheriff’s Office in Convent, LA on October 27th, 2016 at approximately 4:00pm.  He is currently being held at the St. James Parish Jail awaiting the setting of bond.  Detectives are continuing their investigation into the shooting death of 18 year old Dale Dajaren Gordon.