Westwego man arrested in connection with a string of burglaries in St. James Parish 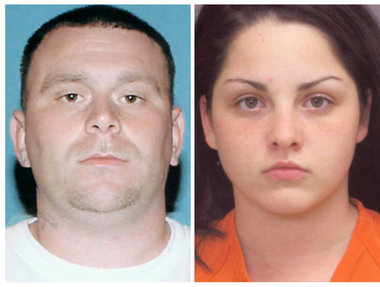 The St. James Parish Sheriff’s Office is issuing warrants for the arrests of two subjects who committed two separate burglaries in Gramercy on April 13, 2012.  The warrants are the result of a collaborative effort by multiple agencies that experienced burglaries in their jurisdiction committed by the same individuals.  A joint task force comprised of detectives from:  St. James, St. Charles, Lafourche, Ascension, St. John, Jefferson, Gonzales, and Westwego, worked together to compare burglaries with similar characteristics which had occurred in their respective jurisdictions.  On April 20, 2012, the investigation resulted in the arrest of Dwayne Earl Blair, Jr. (W/M, DOB 10-22-1980, 1005 Central Ave, Westwego, LA 70099) and Shalyn Oser (W/F, DOB 11-21-1994, 5544 Ames Ct., Marrero, LA 70072).  Both were arrested in Jefferson Parish and are currently awaiting additional charges from multiple agencies, including the St. James Parish Sheriff’s Office.  Through the task force’s investigation, it was discovered that Dwayne Blair, Jr. had been renting vehicles to use in the commission of the crimes.  Detectives were able to trace the vehicles to the renter, and from there began piecing together the multiple crimes they had committed.  Both Dwayne Earl Blair, Jr. and Shalyn Oser will be charged by the St. James Parish Sheriff’s Office with two counts each of L.A. R.S. 14:62 simple burglary.  The task force is continuing to conduct its investigation in an attempt to link other crimes to these individuals.