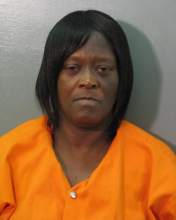 Arlene Joseph, 48, 2232-2 Project Drive, was booked on a count of attempted second-degree murder, deputies said in a news release.

As Joseph and the victim were leaving Club Zebra, Joseph allegedly struck the victim with the beer bottle, broke it and wounded the victim’s face, neck and arm at 12:52 a.m. Sunday, deputies said.

Bystanders grabbed the victim and removed her from the bar, deputies said.

The victim was taken to St. James Hospital with life-threatening injuries Sunday and was later taken to University Hospital in New Orleans, where she was released Monday, said Sheriff’s Office Maj. Sid Berthelot.